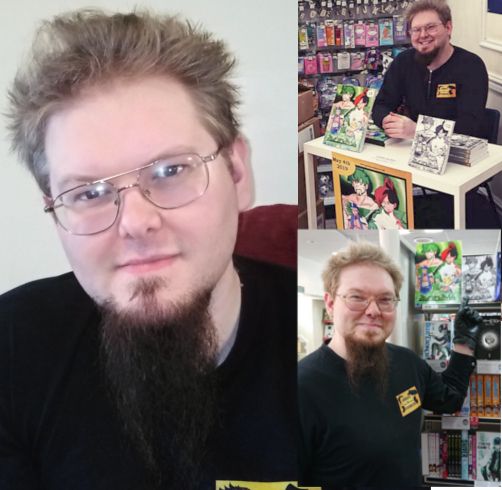 The owner is myself, Dudley Rudelhoff – also going by my artist name of “Elvis Dudley”, a 27 year old former university student. Originally, I wanted to create my own Game Production Company, only to be put off by the sheer amount of resources and manpower needed to do so. I have always been an avid comic book reader, and I noted that on my own I could create a new way to share my ideas – this time in comic book form. But then I asked myself, why stop there? I have found that there a countless amounts of people who have great ideas and skill, but have no way to broadcast themselves to a wider audience – to get a foot in the door and earn a decent living for their talents. I have seen so many people forced into moving further afield, only to have their grand ideas fall to dust and become forgotten. Simply put, what I want to do is give people a chance to see their own ideas published and brought to life.

I know that I’m not the only one who wants to create something big, who has massive ideas and dreams, but not the resources to manage it. Great Y Comics could do that for the dreamers, teaming them up with likeminded people, and giving them a chance to broadcast to the world. After my experiences in the local colleges and student hangouts, I have seen so many talented, gifted and artistic people forced to leave the county because there is no way for them to earn a decent living off of their talents – going huge distances only to have their stories forgotten or crushed.

So what’s the aim? I see this as an opportunity to do something in Norfolk that has yet to be done. I want to be the next Stan Lee, the next standard bearer who can give the bright minds of East Anglia a chance to sample the comic book industry – to take their ideas and bring them to life in comic book form. It’s not about making a million pounds, it’s not about becoming a celebrity – all Great Y Comics is going to do is inspire people through the world of comics.

I’ve heard this countless times before, and I’ll hear it countless time in the future I’m sure. Is this a real job? Well let’s turn back the clocks to the late 70s/early 80s when Stan Lee created his flagship comics Fantastic Four, Spiderman, Incredible Hulk, and X Men – did ANYONE think that Marvel Comics would become the powerhouse it is today? What about Akira Toriyama? That name might be slightly unknown, so here’s what he did: he created Dragonball and Dragonball Z – arguably one of the most popular Anime/Manga in existence. He did the exact same thing Stan Lee did in America, in his own country of Japan. AND – they didn’t have the internet to wirelessly connect them to their clients.

I have the ideas, I have the brains, and I have the knowhow. Not only am I 100% sure I can do this, not only am I 100% invested, I believe that I can create something here – in East Anglia – a brand that can withstand the test of time. Remember when I said it’s not about becoming a celebrity? I lied. There is a chance for this to become a successful business or to become something more, something that one day in a few years young artists want to aspire to, want to join our ranks, to look up to what I have done and say they want to bring their creations to life. Why not? All I need is the go ahead, a green light, and Great Y Comics will become something that the entire East Coast is proud of.