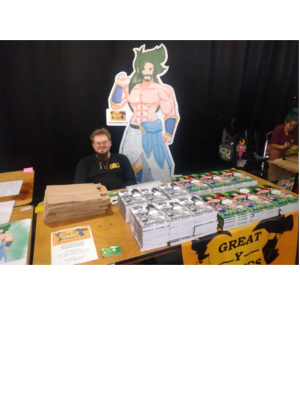 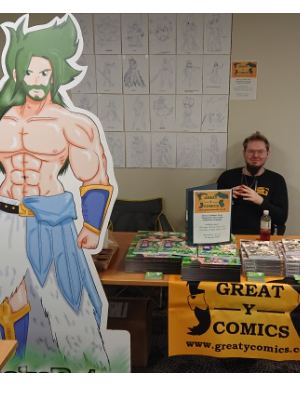 Great Y Comics attended the Norwich Anime and Gaming Convention 2019! What a blast that was, meeting a string of people and talking at length about art and anime, I've found my people! ;) 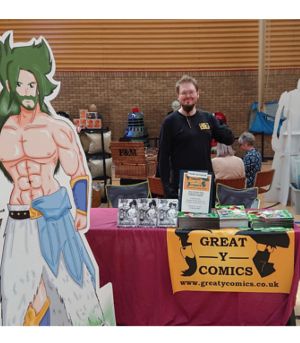 Great Yarmouth Comic Con! After a great couple of days we saw all sorts of friendly faces - great cosplays, fantastic traders, and amazing events - all under one roof! 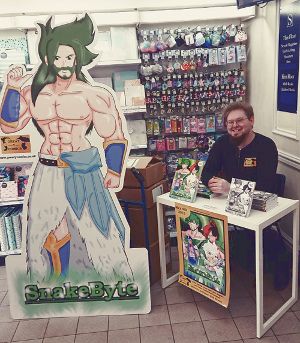 Booksinging! We have our first ever book signing, with WHSmith graciously hosting us! 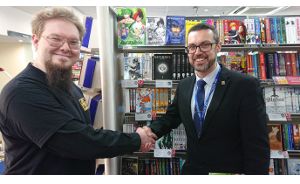 SnakeByte is put on to shelves in retailer WHSmith! 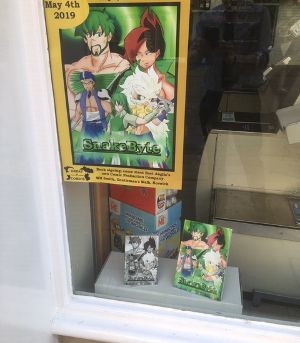 Great Y Comics is invited for a book Signing at the Gentleman's Walk branch of WHSmith in Norwich!

Printing starts as Great Y Comics is now able to start selling SnakeByte Book 1 (and any other works in future) as a physical printed copy, and is entered onto Amazon as such!

SnakeByte Book 1 is finally completed, both the Graphic Novel and the Written version, and UK Book Publishing is secured as our primary publishers.

A new work schedule allows for two pages to be uploaded per week instead of the previous one per week.

Chapter 4 of SnakeByte is completed fully.

Chapter 3 of SnakeByte is completed fully.

After a long year of stop and starts, trying to expand, and generally treating Great y Comics as a part time job, SnakeByte Chapter 2 is completed, both the Comic and Novella.

Shallow Yarr is published to the site. this one off comic was made by content creator and local artist forevertoofar - Katherine Gilmartin.

Chapter 2 of the SnakeByte Comic is started.

While Dudley teaches himself how to write and draw comics from scratch (learning from books mainly, hence why Mark Crilley is thanked on our “Thank You” page), the Great Y Comics’ website goes live, and the first chapter of the comic is uploaded.

Unable to open a Game Design Company due to high initial resource costs, Dudley Rudelhoff uses his storyboarding and concept art experience to set up a comic book company and so Great Y Comics is established, fully supported and recognised as a Comic production Company by HMRC (Her Majesty’s Revenue and Customs) governing body of business in England.